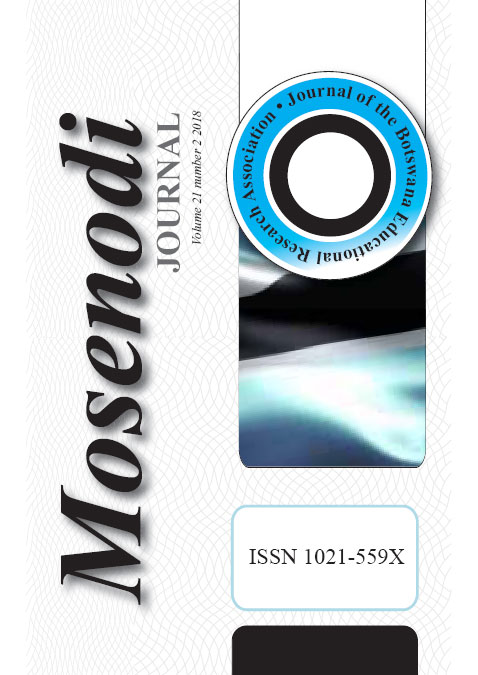 Children in Botswana schools have expressed concerns regarding child sexual abuse (CSA) which has
potential to negatively affect their learning if timely action is not taken. Specifically, CSA in schools
involves teachers who are supposed to be the custodians of learning. Abuse of children by those in
positions of authority and care have been a central focus for many of those concerned about children’s
safety, advocating that the subject deserves urgent attention as it threatens to violate the children’s
rights and compromise their psychosocial well-being. To put this into perspective, this study set out to
explore students’ views on CSA in schools. It adopted a cross-sectional quantitative approach. Data
was collected from three secondary schools in Gaborone. A survey questionnaire was self
administered to 300 randomly selected student participants. A research permit and permission to enter
the schools was obtained from education authorities, and parents/guardians. The findings reveal that
53% of the respondents agreed that CSA exists in the schools under study. The majority of students
believed that this mostly affected female students (89%). Most students engage in sexual relationships
with teachers mainly for financial gain (93%), to acquire electronic devices; mainly cellular phones
(53%), to receive favourable treatment (48%) and good grades (41%). Further, the majority of
students (73%) in this study reported that they did not know about the existence of a sexual
harassment policy in their school. The paper concludes that it imperative for secondary schools and
relevant stakeholders to develop context specific strategies to address the persistent problem of CSA.